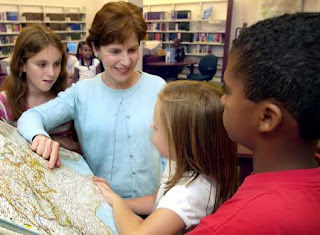 The Donnelly campaign today announced a list of legislative endorsements. Reps. Maria Chappelle-Nadal, Shalonn "Kiki" Curls, Sam Komo, Sara Lampe, Beth Low, Jenee Lowe, Jamilah Nasheed, Michael Spreng, Rachel Storch, Tom Villa, Michael Vogt, Clint Zweifel and Jeannette Mott Oxford are all backing Donnelly.
State Senators Rita Heard Days and Joan Bray are also backing Donnelly, according to a release.
“As ranking member of the Budget Committee in the House, Margaret led the Democratic opposition to the Republican cuts to Medicaid in Missouri,” said Clint Zweifel. “Her leadership and passion during that debate as well as her day to day depth of knowledge and commitment to Democratic values is an inspiration," said Rep. Zweifel.
Posted by David Catanese at 9:31 PM

Lampe made a mistake here. She is endorsing the most liberal of the three that are running. To win the Senate seat when Aunt Norma leaves, she is going to have to run toward the middle. Not endorsing Koster makes sense. He has voted basically the Republican party line. She should have stayed out of the race. It simply can't help her and can only hurt. If she was absolutely forced to endorse she should have endorsed Jeff Harris.

That's an interesting comment, considering that Jeff Harris and Margaret Donnelly have the same voting record and ratings from advocacy groups. If one were to use your logic, than Rep. Lampe should have endorsed Chris Koster.

Or are you just a sexist who always believes a woman is the most liberal?