For Plaster, It Takes "A Village" 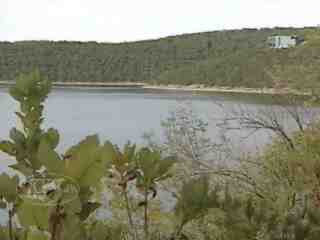 A quiet change in state law that slipped by some legislators from the Ozarks is sparking a big dispute over lakefront property in Stone County. The new "village law" lets landowners petition their county for an election to turn their land into their own political subdivision.

Robert Plaster of Lebanon, who's known for his wealth and avoidance of reporters, filed a petition asking the Stone County Commission to call an election to incorporate Plaster's land along Table Rock Lake as a village. Only people who live in the proposed village area would be eligible to vote on the issue.

Nearby landowners worry village status would give Plaster unchecked power. The Stone County Commission fears it will allow him to develop the land with limited oversight.

A secretary with Plaster's Evergreen group told me that Plaster was traveling this week and was unavailable for comment. KY3 News has learned Plaster has filed two lawsuits against the Stone County Commission to try to force it to act on the petition.

Kathleen O'Dell at the Springfield News-Leader broke this story and has led the coverage on it. You can read her solid series of reports on the "Village Law" HERE.

Governor Matt Blunt has said he's willing to work with the Legislature to change the new "village law" during the session next year. Barring an adverse court ruling, however, the petition for Table Rock Village likely would be grandfathered since it was filed on Aug. 28, the same day the new law was effective.
Posted by David Catanese at 12:54 AM