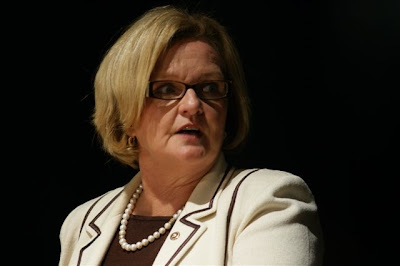 Sen. Claire McCaskill doesn't believe a House amendment in the healthcare bill that restricts a woman's right to access or pay for abortion will bring down the legislation in the U.S. Senate.

"I am not sure that this is going to be enough to kill the bill," McCaskill said on MSNBC's Morning Joe Monday. "And frankly, once again, this is another example of having to govern with moderates. We can't just turn our back on the fact that the reason we are in majority, is because states like Indiana, and Arkansas, and Louisiana, and Missouri, and North Carolina, and Virginia sent Democrats to the Senate."

"Obviously, I have been a pro-choice candidate for my entire political career, and obviously there is controversy always surrounding this issue. But we are talking about whether or not people that get public money can buy an insurance policy that has a coverage for abortion. And that is not the majority of America. The majority of America is not going to be getting subsidies from the government....," McCaskill went on.

The provision, introduced by Michigan Democrat Bart Stupak is highly controversial with liberal lawmakers and many females. There are also reports that some Senate Democrats will introduce similar language in the Senate legislation.

The Huffington Post notes that Rep. Diana DeGette (D-Colo.), for one, has insisted she and 40 additional colleagues will oppose any final bill that includes the Stupak amendment.
Posted by David Catanese at 11:33 AM