MoGOP Comes After Carnahan For Not Disclosing A Business Never Formed 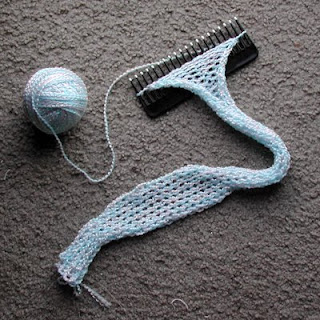 NIT PICKY . . . NUANCE . . .
or Both?
UPDATED 9:17 P.M.
GOP points to registration doc that says Antolinez "is doing business."
UPDATED 10:25 P.M.
Team Carnahan reiterates: Antolinez never formed the business
The Missouri Republican Party filed state and federal ethics complaints against Democratic U.S. Senate candidate Robin Carnahan Wednesday for failing to disclose a business owned by her husband.
State party head Lloyd Smith charges that Carnahan has not properly disclosed Antolinez International trade, which is owned by her husband, Juan Carlos Antolinez.
"Mrs. Carnahan has not registered the business of her spouse. We'd like to know why it's not been done," said Smith. "It's transparency required by the law to show where income comes from. It does raise the questions: What is the business? What does it do? What's the income level?"
But the Carnahan campaign said the business in question was never formed.
"In 2006, Robin’s husband reserved a name with the State, thinking that he might want to create a business at some point in the future. He never formed a business, however. Consequently, there was no income to file on a disclosure report," said spokesman Tony Wyche.
UPDATED 9:17 PM The Missouri GOP said the above statement is "not factual," because a "fictious name" filing (necessary to do business under something other than your exact name) states that Antolinez "is doing business" under the name "Antolinez International Trade" at 3615 Olive Street in St. Louis.
Spokesperson Jonathan Prouty points out the document also states that the registration gives "no protection to the name being registered." In essence, the argument is that Antolinez didn't need to register just to protect the name, because there's no provision in the law that prevents someone else from using the exact same name.
UPDATED 10:25 PM: After checking back in with Wyche, he said that while Antolinez was thinking about a future business, he never took the formal step. "This company does not exist and has not existed," Wyche said.
It may be that the wording "is doing business" on the form is more a formality, in case the person begins the business. Prouty acknowledged that could be possible.
Complaints about the business disclosure were filed with the Missouri Ethics Commission and the Select committee on Ethics for U.S. Senate. But at least on the state level, a majority of complaints filed end up being dismissed.
Smith said the disclosure was important because "it's required by law," but did not label the complaint "serious." He also did not try to answer his own question of "why" Carnahan would potentially omit the business.
He said the disclosure was relevant because as a Senator, Carnahan may have to vote on a government contract that could involve the company. "If her spouse would benefit from that . . . that would obviously have some issues," Smith said.
When Smith was asked whether Carnahan would have to disclose the business if it produced no income, Smith said that he believed she did.
But Wyche labeled the complaint as a "silly smear."
"This ham-handed effort at a political smear is a perfect example of the type of silly, unfounded, partisan, and untrue political attack that voters are tired of," Wyche said.
Posted by David Catanese at 9:30 PM

Not that you or Democrats ever did such a thing to a GOP candidate, right?

Oh wait, thats right, stories that were made up were published as fact. (too many to list, but lets start with what Democrats pushed on fee offices which turned out to be a lie - but were espoused here as fact.)

Dude, you are so far in the tank you need scuba gear.

(I admit it, I stole that one from Krauthammer the great).

The papers did such a good job reporting on McCaskill's Bermuda tax haven, perhaps the Republicans just wanted to get out in front on this one.

I stole that line from my sister, Paul.

The subject at hand is that the MO GOP is on a conquest to dig anything they can on Carnahan to bring her down...

We'll let the voters decide the merits of this accusation.

Seems very far-reaching in my opinion.