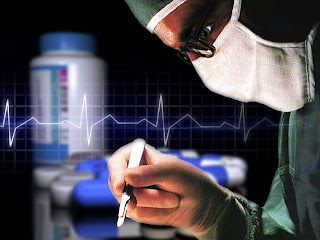 DEMS PLAN THURSDAY CALL TO PUSH FOR PUBLIC OPTION
Congressman Roy Blunt helped roll out the Republican alternative for healthcare reform Wednesday that would be less costly than the Democratic plan and mainly focus on reforming existing programs rather than creating a new mandate for insurance.

"Republicans have a common-sense health care reform plan that will reduce costs, expand access, and increase the quality of care for every American – and do it in a way our country can afford, without costly mandates," said Blunt, a 2010 candidate for U.S. Senate, in a statement.

Major elements of the GOP-backed proposal include tax credits for low and modest-income Americans to buy their own insurance, urging states to create a "universal access program," and doing more to promote prevention and wellness, while reducing unnecessary treatments. Read more details of the Blunt-backed plan HERE.

The overall cost of the plan remains unclear -- as does how many more Americans Blunt and Republicans hope to insure. On the other hand, Democrats have not detailed how they would pay for their plan either.

When asked about the specific numbers at a press conference, Blunt turned mostly to what the Republican plan would not pay for.

"There are ways to get uninsured people on the insurance rolls without having $1 trillion price tag," he added, during the press conference. You can read a transcript provided by CQ Politics HERE.

Blunt also spoke about making Medicaid more efficient, but also making sure that "everybody who has access to Medicaid knows they have access."

That point may be an ironic one for some of Blunt's opponents, who will easily recall that his son, Matt Blunt who cut thousands from the Medicaid rolls in Missouri during his first year as Governor.

"Many of the uninsured today actually qualify for existing programs. Ten million of the uninsured today have insurance available to them at work. And so, among other things, we think employees should have to opt out aggressively of choosing their insurance at work as opposed to aggressively have to opt in," Blunt went on.
Democrats point to an MSNBC report noting that the Republican plan "that still leaves 29 million-plus uninsured that are not specifically mentioned in the plan."

Also on Wednesday, the White House announced the formation of state lawmakers who will push for healthcare reform across the country. No Missourians were listed in the official group, but the Missouri Pro-Vote Coalition is organizing a conference call Thursday to "reinforce President Obama's efforts to pass comprehensive healthcare reform."

Sen. Jeff Smith and State Rep. Sara Lampe will be part of an 11:30 a.m. conference call Thursday to push for a public insurance option.

Posted by David Catanese at 8:37 PM