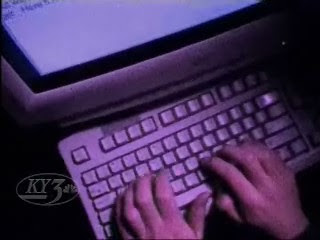 The charges were first reported by left-leaning political blog FiredUp this morning.

Charging documents filed by the Cole County prosecutor indicate that Feltner was found to be engaging in explicit online exchanges with a 13-year-old during what was really a sting operation.

According to the Cole County Court document, Feltner faces a charge of furnishing pornographic material to a minor.

At 1:30 Friday afternoon, Kinder released a statement saying that Feltner had submitted his resignation. Kinder's statement is below:

"This morning shortly after 11:00 a.m. my Director of Communications notified me of inquires to my office regarding the filing of charges against Eric Feltner. At my immediate request, Mr. Feltner delivered to me his letter of resignation as Chief of Staff of my office.

“At no time was our office notified of this alleged misconduct by a member of my staff. While these allegations have yet to be proven, I feel that even the appearance of impropriety on such a disturbing scale cannot be tolerated. I have made it clear to my staff that I will not accept even the appearance of this type of troubling behavior by anyone in my office.

“Within an hour of my learning of these charges, and at my direction, an immediate internal review began of Mr. Feltner’s state email account, state computer and any other electronic mediums by the state Office of Administration.

“As this is an ongoing legal matter, I and my office will cooperate fully with authorities in this matter."

Posted by David Catanese at 1:58 PM

Looks like we really need Mike Carter to take the Lt. Governor reigns in Missouri.

Looks like we need Mike Carter to take the reigns of the Missouri Lieutenant Governor's office -- now more than ever.