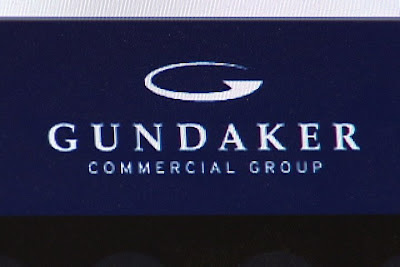 On Wednesday night, the KY3 Political Notebook reported that Steelman received thousands of dollars in donations from Gundaker Commercial and its partners -- a company she specifically reprimanded in February 2006 for hiring illegal workers for a state housing project in O'Fallon, Mo. In her second television ad of the campaign, Steelman boasted about blocking state tax credits and forcing the company off the job.

"Sarah Steelman wants to act tough on illegal immigration when the cameras are on, but then she turns around, takes their contributions, and quietly sends them tax giveaways," said Cardetti. “Treasurer Steelman claims in her ads that she has ‘guts’ for standing up to these companies, but the facts prove that her courage disappeared when the campaign checks came pouring in. If Steelman wants to retain any credibility on the issue of illegal immigration, she will immediately return all of the contributions she received from Gundaker and she’ll pledge to stop helping the company get tax giveaways from the state," he added.

The Steelman campaign attempted to turn the tables on the presumptive Democratic party nominee for Governor, Jay Nixon. As statewide officials, both Steelman and Nixon are members of the Missouri Housing Development Commission Steelman, the entity that approves these type of tax credits. Spokesperson Spence Jackson said while Steelman had the courage to deal with illegal workers, Nixon "stood idly by" as chief law enforcement officer of the state.

"It is Jay Nixon who has stood idly by while illegal immigrants have taken good jobs from Missourians," Jackson said. "Jay Nixon doesn’t want to talk about his acceptance of campaign cash from Ameren after he appointed himself judge, jury and executioner in their destruction of the Taum Sauk reservoir and surrounding areas.”

"The truth is that it was Steelman who took action to remove illegal workers off the O’Fallon construction site and told the managing partner at the time NRP, from Ohio, that the workers had to leave or they would not receive any tax credits. NRP refused and Gundaker stepped up and pledged to finish the job using Missouri workers," Jackson added. The Steelman campaign also pointed to records that show that Nixon attended just two of 28 Missouri Housing Development Commission meetings since 2004.

The Nixon campaign said that line of attack is off-base "on so many levels." Nixon spokesperson Oren Shur points to an October 2007 Associated Press story by David Lieb that quoted Nixon claiming the state housing authority was planning to give" millions of dollars of extra tax breaks to a suburban St. Louis development accused of using illegal immigrants." At issue was allocating another $4 million dollars to Gundaker to allow them to finish the project.

This is more than a year after Steelman had criticized Gundaker initially. The article cites an e-mail sent from Missouri Housing Commission head Pete Ramsel to Steelman's deputy Treasurer, Doug Gaston, saying " it would probably cost more tax credits to get the project revived with union workers" --- and proposing that "we do our thing very quietly, and at the staff level." Steelman said there was no intent to approve a secret plan for Gundaker.

"Gundaker said they would cooperate and make sure this didn't happen again. NRP was uncooperative," explained Steelman spokesperson Jackson. "Sarah drove NRP off the job, working together with Gundaker, the unions and MHDC the illegal labor was replaced with hundreds of jobs," he added.

The Nixon campaign notes that Nixon voted against that project when it finally came to a vote.

"When Sarah Steelman secretly approved a $4 million dollar tax credit for this project, Attorney General Nixon spoke out against it and forced the matter to a vote," Nixon spokesperson Shur explained. "While Steelman voted to go forward with the tax credits, Jay Nixon stood up for Missouri workers and voted no. What happened here is plain and simple. Sarah Steelman teamed with Matt Blunt to help a wealthy campaign contributor continue doing business as usual," he said.

But this basically all comes back to that initial press release that Steelman released on February 16, 2006. If Gundaker was not at fault -- as Steelman maintains --- why did she specifically reprimand them in a release for their role in the arrests of five illegal workers?

"She was trying to draw as much attention as possible to the issue," Jackson told me Thursday. "It should've been handled by the Attorney General. He wasn't doing much about it, so she had to."

Jackson confirmed to the KY3 Political Notebook Thursday that if Steelman received a contribution from NRP -- who she holds responsible for the illegal immigrants on the project -- she would return it. When I asked if his candidate would hold that same standard for any company who had been found to have hired illegal immigrants, he would not go that far.

Posted by David Catanese at 8:11 PM

Two other Republicans, Matt Blunt and Chris Koster, also took thousands of dollars from Gundaker and claimed they were tough on immigration.

Typical democrat attack: loose on facts, in fact no facts all lies.

I know it is asking a lot for democrats to try to tell the truth but they could have avoided embarassment, not that they understand how embarassed they should be, but also avoided giving Steelman yet another opportunity for publicity had they done a little research. As the posting points out, Gundaker wasn't the one hiring the illegal aliens. They fired NRP and they worked with the unions to straighten out the mess.

So, while Steelman was addressing the problem Nixon was hiding in a corner because he doesn't want to offend his special interest base that condones illegals. Bad move on Nixon's part and good move on Steelman's.

Take as much money from Gundaker as they will give you Sarah.