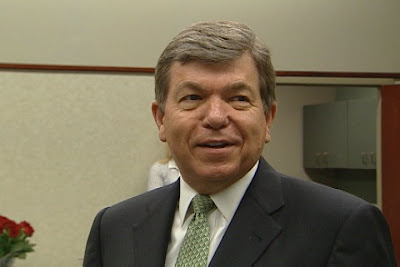 Congressman Roy Blunt said President Obama "was right" to mention the need for medical liability reform Monday but was also critical of what the president left out of his speech on healthcare.


"I agree with the President that health care is too expensive and that cost limits access for too many families. What President Obama didn’t tell was how raising billions of dollars in taxes, cutting billions more from Medicare and Medicaid, and then spending trillions on new government programs will help," Blunt said in a statement, responding to Obama's speech.

In his Chicago speech before the American Medical Association, Obama said that part of the healthcare fix must include the controversial public insurance option. The president also called the rising cost of healthcare "a threat to our economy."

Blunt said a "tedious" government mandate will cost jobs, but added that he liked Obama's message on medical lawsuit reform.

"An important contributing factor to escalating health costs – and the group the President talked to knows better than most – is lawsuit abuse. President Obama was right to mention the need for medical liability reform and I hope he will push this issue as one of the many ways to reform health care," Blunt said.

But Obama was clear about ruling out caps on malpractice awards -- and instead said he favored other options to curb costs, which he was less specific about.
Posted by David Catanese at 4:35 PM