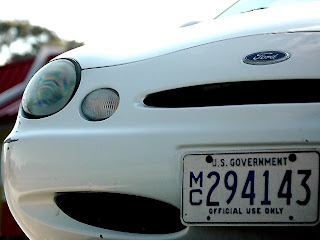 Another campaign contributor to Gov. Jay Nixon has been awarded a license fee office -- and Republicans are calling foul.
***
On Friday, the Department of Revenue announced three new bids for contracts in Bolivar, Savannah and St. Charles. Ken Kielty of Kielty Enterprises Inc. has been awarded the St. Charles office. The Missouri GOP has identified $18,435 in contributions to Nixon from entities linked to Kielty during the 2008 cycle.

The Notebook identified $5,000 in contributions from the 1009 Devonshire Lane address that Kielty is most often associated with.

The Department of Revenue released the bids Friday afternoon, which is widely as a viewed as a way to bury unfavorable news. But the GOP release came Monday afternoon.

"Burying stories by sending out press releases on a Friday afternoon is the oldest trick in the book," said Lloyd Smith, Executive Director of the Missouri Republican Party. "For the second consecutive week, Jay Nixon attempted to avoid criticism by announcing as late as possible on a Friday that he had rewarded a major campaign contributor with a license office. Nixon clearly knows that his actions fly in the face of his pledge to clean up the process, but instead of actually fixing the problem, he is simply trying to hide it," Smith added.
By the state GOP's calculation, license offices have been awarded to people who have given around $80,000 in campaign contributions to Nixon.
ALSO: T & J Stark Enterprises LLC has been awarded the contract to operate the Bolivar License Office. The company is affiliated with the current office agent, Karen Jean Stark, who has been the agent since 2005. The office will move to a new location at 450 S. Main Ave. (Southgate Center Mall).
Posted by David Catanese at 5:55 PM