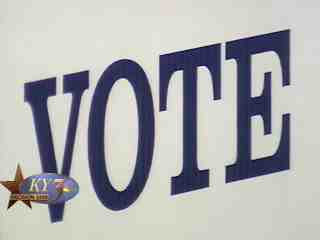 Missourians for Fair Elections is panning a House committee vote on a voter I.D. bill Tuesday morning.
The House Elections Committee's 7 to 5 vote to approve a substitute version of the original bill was a "surprise," according to FAIR.
"In a swift move meant to circumvent public comment on the proposal, Rep. Stan Cox replaced his single page photo ID bill, HJR 9, with an 11 page committee substitute version of the bill as it came up for a vote," said Bob Quinn of FAIR in a release.
Quinn said Cox' proposal calls for "overly-restrictive photo ID and unfamiliar advance voting requirements." "Neither of the revised provisions were heard in a public forum by the committee so that concerned voters, advocates and affected organizations could share their views on the drastically overhauled measure," said Quinn.
"This legislation is so radically different from the original that the only thing that’s the same is the bill number," said state Rep. Michael Frame, D-Eureka. "We had absolutely no testimony on the ramifications of this legislation and the significant problems that could arise from writing it into the Missouri Constitution."
The Cox proposal would require ever Missouri voter to provide a government-issued photo I.D. in order to cast a ballot. Critics argue the move would disenfranchise tens of thousands of potential voters.
Posted by David Catanese at 3:54 PM

Missourians For Fair Elections is a front group put together last year as a way for the Carnahan SoS office to bring pressure on Republicans.

Laura Egerdal, the Communications Director for Carnahan, used to run it, when she was working for SEIU (along with Julie Terbrock of ACORN and Jeff Mazur, who now works at the pleasure of Jay Nixon).

Don't take my word for her - they were bragging about it on Alternet last summer, after I exposed who they were and what their backgrounds were.

Now magically the "broad-based coalition" has sprung up again, this time with Bob Quinn at its head, who also is a part of Missourians for Fair Electric Rates, which also has disturbing connections to the Carnahan family.

Print the press release they put out by all means, but at least take a look into the background of this astroturf coalition and the people running it.