You Thought The Butter Irked You 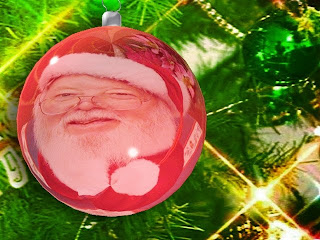 A Rogersville lawmaker is proposing legislation to officially declare Dec. 25th "Christmas."
From the Associated Press wire:
Missouri has 12 holidays, but most don't have an official title in state law. For example, the fourth Thursday in November is a holiday, but you need to consult your calendar to find it's Thanksgiving Day. Missouri has just four named holidays - Martin Luther King Day, Lincoln Day, Truman Day and Columbus Day. A bill filed Thursday by Republican House member Mike Cunningham, of Rogersville, would make "Christmas" the name of the Dec. 25 holiday.

Curious if the same peeps will be just as angry?
Posted by David Catanese at 8:46 PM