Palin Dishes to Oprah, Then On To The Ozarks 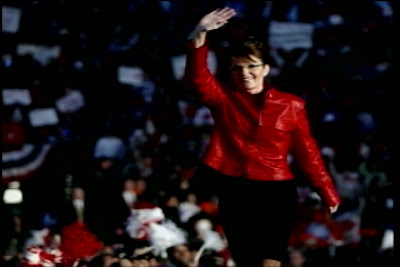 Sarah Palin will sign copies of "Going Rogue" at the Borders bookstore in Springfield on Dec. 2nd at 10 a.m.
But there are some rules and constraints.
WATCH THE KY3 NEWS @ 5 REPORT HERE
SARAH's RULES:

"She'll be here starting to sign at 10 o'clock. The store will open at 7 o'clock. Lines form either at 7 or prior to that, which we expect prior to that 7 o'clock time," said Borders general manager Gary Selby.

***
PLUS: College of the Ozarks tells Ky3 News it was a mutual decision to keep media out of Palin's speech later that evening. The college says no recording devices will be permitted, but that media can attend if they have a ticket.

Posted by David Catanese at 5:12 PM