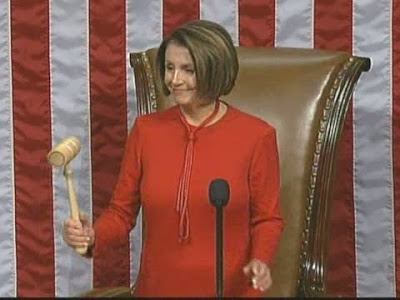 Excerpts of each statement in order of reception:
7th District Congressional candidate Jack Goodman: "Very disappointing" "This legislation is loaded with job-killing taxes, mandates that create over 100 new bureaucracies, slashes Medicare funding and will further strain state budgets around the country. This is not fixing the problem, but legislating new problems in search of a solution."

4th District Congressman Ike Skelton: "Not the right balance" "I am concerned about the impact the legislation could have on rural hospitals and doctors. The proposed reductions to Medicare reimbursement could further squeeze the budgets of rural health care providers. One solution might be for Congress to ensure that rural Missourians understand how any new legislation will affect them and their families."

7th District Congressman Roy Blunt: "Budget-busting" "It's families and patients who will suffer most under this government takeover of health care. This bill costs more than $1 trillion, increases premium costs, puts a bureaucrat between you and your doctor, and pays for most of it with Medicare cuts and job-killing tax hikes."

7th District Congressional candidate Billy Long: "Playing politics" "If you ask career politicians to come up with a solution to health care you shouldn't be surprised when their solution is simply more government, more taxes and more bureaucracy. This bill is at best bad policy and at worst unconstitutional. I would have voted against it."

4th District Congressional candidate Bill Stouffer: "People have had enough" "This bill is the wrong answer to the wrong question. Instead of growing government, we should have focused on common sense solutions like medical malpractice reform, Association Health Plans and getting rid of the state lines to create real competition."

7th District Congressional candidate Gary Nodler: "Dangerous bill" "The bill passed last night in the House by Pelosi and the liberal Democrats is a step towards single payer, government run health care. If passed by the Senate, the bill will mortgage our childrens' financial future via exploding deficits and ruin Americans' health care."

7th District Congressional candidate Michael Wardell: "Ridiculous . . . egregious" "Our current health care system is certainly not perfect, but it is far better than this socialist-inspired prescription. If this bill becomes law, it will be the greatest government debacle ever visited upon the American people, who in retribution will once again consign the Democratic Party to the minority in Congress."

Posted by David Catanese at 7:11 PM