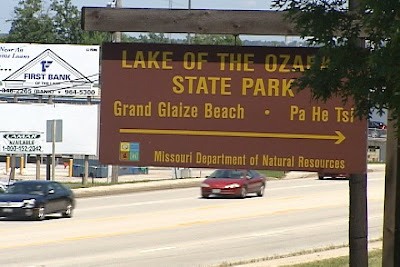 OUT OF AFRICA
BRAY CRITIQUES DNR INQUIRY
LAGER CAN'T SAY WHETHER BIEDENBEUTEL MADE DECISION
St. Louis Senator Joan Bray says a Senate committee looking into the way E-Coli reports are released at the Department of Natural Resources has turned its inquiry into "a fishing expedition, a witch hunt or an inquisition."
Bray penned her letter from South Africa to committee chairman Brad Lager and released it to the news media Thursday.
"I would like to see the committee focus on helping DNR meet the goal of disclosing the data in a timely manner that will aid the public. The committee’s process has yet to do that," Bray wrote in a letter. The fact that a former deputy director of DNR, Joe Biedenbeutel, has taken responsibility for the slow disclosure from the beginning of this controversy, and the director, Mark Templeton, has expressed an eagerness to reach an accord with the Senate on making sure the disclosure process is more transparent and timely should make our originally stated goal easily and quickly attained," she added.
"I would assert that the gathering of information from the past would be as absurd as what the committee has already done in requiring DNR employees to spend hundreds – perhaps a thousand -- of people hours compiling the information already requested. And to what end? The Senate doesn’t have the time or staff – and certainly not the taxpayers’ money – to sift through hundreds of thousands of documents. And I have yet to be told exactly what is being sought," Sen. Bray said.
***
LAGER RESPONSE:
"This is a public policy review," said committee Chair Brad Lager in an interview with The Notebook Thursday night. "Part of the review is whether public policy needs to be changed. For me, it's about understanding why this particular report wasn't sent, why the press release wasn't sent, while other reports were," Lager said.
"I believe we have a responsibility to understand the process and where the process broke down," he added.
When asked about Joe Biedenbeutel's interview with the Kansas City Star, and whether his revelations would help Lager reach his intended goal, he said Biedenbeutel's remarks just raised more questions: "I don't have enough factual information in front of me to say Biedenbeutel did or didn't make those decisions. There are all kinds of e-mails from lifetime staffers that say, 'this needs to be public, it can't be sat on.,'" said Lager.
"Karen Dillon's article underscores exactly the reason why we need to be very methodical in this process," he added.
Lager's committee is charged with looking into the Department of Natural Resources' delay of E-coli results before the Memorial Day weekend.
Posted by David Catanese at 9:39 PM