Why Steelman's The Best Show In Town 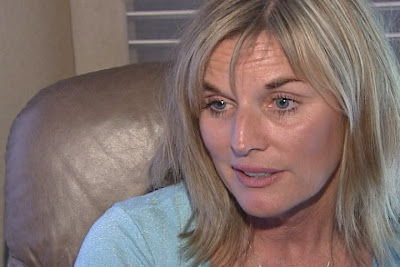 POKER FACE
While she pushes back at The Hill's characterization of her political plans, Sarah Steelman shows no sign of revealing her cards -- keeping politicos guessing.

And that's just the way she likes it.

In early May, former Senator Jim Talent drove down to Rolla to lunch with Sarah Steelman about the 2010 campaign and the future of their party.

Over sushi at Kyoto on Bishop Avenue, Steelman and Talent conversed for a few minutes about how best to rebuild and rebrand the wounded G.O.P before the former state Treasurer made a surprising proposition.

"If you run, I'll support you and step aside," Steelman said to Talent, according to a source who paraphrased the conversation and stressed the move was genuine. "You're the right kind of candidate," Steelman went on.

Talent, of course, had already announced he wasn't interested this time around. And while he was described as "flattered and appreciative" of Steelman's proposition, Talent reassured her it wasn't his time. (A cynic might say Steelman knew the answer was "no", and that's why she offered.)

Still, the story, told by a source loyal to Steelman, is telling because it's meant to rebuff the most cutting critique of Steelman by her critics: That she's a political opportunist who puts personal gain before the broader betterment of her party.

It can't be lost on Steelman that both her strength and weakness, her political success and failure has been driven by her willingness to be a thorn in side of fellow Republicans. The unique profile (female, conservative, maverick) makes her the most intriguing running storyline in Missouri politics.

And now, a full 17 months before November 2010, reading the chessboard of Steelman's next political move has become a reality show that's captivated journalists, frustrated political consultants and downright annoyed her opponents.

It's the Sarah Steelman show, and for better or for worse, it's the best game in town.

The buzz ensued. Tweets twittered. E-mails (mostly off the record) bounced around inboxes. Cell phones lit up. And a new bolt of adrenaline shot through the Steelmanites like a shot of expresso in the morning.

Allies made it clear they weren't happy with Blake's article. But at the same time, it was obvious that at least a few Steelmanites (a small, but loyal "band of brothers") reveled in the renewed attention.

"They don't have a clue what she's gonna do," said one. "And it's driving them all nuts."

That's true. Consultants want to know so they can decide who they'll be working for next cycle. Journalists want to know in order to write a juicy story (guilty as charged). Candidates want to know if she's going to be coming after them.

"Guessing (the Steelmans) next move is quite the challenge," said one GOP politico, not affiliated with a candidate. "And I like them."

But The Hill article seemed to shift the Steelman storyline. For months, it's been reported that Steelman was mainly eyeing the U.S. Senate. Now, a significant change. The report strongly suggested she had turned her attention to the 7th Congressional House seat instead.

Not knowing if I'd get a response, I blackberried Steelman to ask her what she thought of The Hill article. Initially, I got one line back: "I am very seriously considering the US Senate."

But was the article accurate? Was it fair to assume that she signaled that a Senate run is now less likely?

"I don't think Mr. Blake understood what I was trying to say," Steelman wrote back.

"However, the Republican establishment wants to hold on to power at all costs and a primary would force the establishment to admit they made mistakes and take responsibility. Anyone who challenges those ideas threatens their power and they view it as destructive to the party. I want to be constructive and build a bigger and better party based on good ideas. I mentioned "other outsiders" who may want to run because I don't presume to be the only one who can carry that message. However, I do believe that the messenger in order to be credible cannot be a part of the Washington establishment who lead us into the minority," Steelman wrote, signing off with "Funny the way it is."

"Funny the Way It Is," is the new hit Dave Matthews band which contrasts how good and bad can occur in a complicated world at the same time. (Disclosure: Loyal Dave Matthews fan here.)

The song isn't meant to be funny. Matthews speaks of "babies being born" at the same time of a "soldier's last breath," and lyrics about a broken heart becoming "your favorite song."

Still, it's a timely and apt analogy for Steelman's situation and the state of the GOP. On Sunday, Steelman Twittered: "Danforth says we need a fresh face in DC, then turns around and endorses Blunt. Funny the way it is."

What will be less "amusing" to observers is that, even in her explanation to The Notebook, Steelman kept on her political poker face. No real hint, signal or glimpse into a final decision.

But it may just be that Steelman isn't sure herself. One politico, who has spoken to both Steelman and her husband about the race, said he's convinced that they're "absolutely torn and conflicted" about what to do.

Run for the U.S. Senate and immediately you're up against the establishment again. (And Roy Blunt's no Kenny Hulshof -- he'll kick back.) It's a longer shot, a tougher, more expensive race -- and history shows it would lead to a Republican loss in November. (And guess who'd get the blame?)

But run for the 7th District and you're a carpetbagger. Maybe a frontrunner, but still an outsider. And how do you run your anti-Blunt era message in his own district? There's no question that even the hint of Steelman entering the 7th makes the announced candidates a bit queasy. Still, it's no sure bet.

And so the parlor game goes on.

Even some of Steelman's supporters in 2008 don't think she'll end up reaching for the big enchilada -- a seat in the world's most deliberative body.

"The calls, the organization, the reaching out for support hasn't happened. I don't see any of it being worked on," said St. Louis area GOP activist Buddy Hardin, who supported Steelman over Hulshof in 2008 but now backs Blunt.

"I love Sarah, but if Sarah were sincere about it, I believe her candidacy would be declared," said Republican David Klarich of west St. Louis county.

In The Hill article, Missouri GOP political consultant David Barklage is quoted saying, “When you run for statewide office in Missouri, there are 200 people you call. She’s not called any of those people."

To which a Steelmanite quickly replied, in true form, "Calling 200 insiders before you run? That's exactly what's wrong with politics today."

As much as we all try, predicting the Steelmans next move is a bit foolish. But if a gambling man were to lay down his chips, I'd offer this piece of advice: Bet against the spread.

Posted by David Catanese at 2:51 AM

Unknown said...
This comment has been removed by the author.
9:09 AM

Who wrote this post? A Steelmanite? What happened to objectivity here?

Maybe Dave's got a little crush on Ms. Sarah? Can't blame you. Try to keep your emotions in check next time you post about Steelman.

I think it is much more likely Cantanese has a crush on David Steelman, than Sarah. It is hard to believe she is taken seriously, given how stupid she really is. Have you ever seen her give a speech?

Oh Republicans... your party will not have national power until 2014 unless you begin to embrace the Steelman's of your party.

Dave, why are you encouraging Steelman to run? She is the only one who can beat Carnahan. Enough with the Republican bias in trying to push her into the race.

Lets not forget that our previous president had trouble speaking as well. Think before you speak. You probably don't have a college degree.

After reading this story the only question left in my mind is who is more biased - ABC news for doing a week long infomercial on socialized medicine with no balance - or Mr. Catanese.

And I repeat my past notes that there are plenty of other Republican women who are A)elected officials and B) are far better leaders that Mrs. Steelman.

In fact one in our local area faced one of the biased coverages right here on this very blog.

I know that doesnt fit the template played out here or in the national, but it is reality.