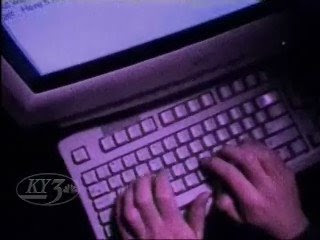 JEFFERSON CITY (AP) -- The former chief of staff for Lt. Gov. Peter Kinder has admitted to using an online dating service despite a ban on personal Internet use following his pornography conviction.
Eric Feltner pleaded guilty in August to displaying sexually explicit materials and was placed on probation that included a ban on going online except for business. Last week, a Cole County judge added a 10-day "shock time" jail sentence because Feltner violated that condition.
According to a transcript of last week's hearing that was obtained by The Associated Press on Monday, prosecutors said that Feltner logged into his Yahoo account 445 times since August. Feltner's attorney, Shane Farrow, argued that some of those times were for business. But Farrow acknowledged that Feltner did create a Match.com account to start dating again.
Posted by David Catanese at 2:28 PM