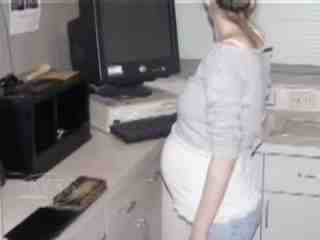 This time of year, even a crime story can generate political problems.

Such was Friday, when I reported on how Camden County authorities broke up a pregnant prostitute ring near Lake Ozark. An unscripted comment I made at the end of the piece, referring to the potential effects on "a fetus" or "potentially a child," drew a good amount of criticism from our viewers. (You can WATCH IT HERE.)
As the words were ad-libbing out of my mouth, I knew I was entering dangerous waters, but such is live television. My attempt was to phrase my sentence in a way that would not offend either side of the abortion debate. (For instance one of the women is just 2 months pregnant, while another is 8 months along.) But the tape shows the way it came out of my mouth . . . and in came the fire.
Here's some the "greatest hits" of mail I've been going through:
This is from viewer Dorothy Mueller:
"You would think this story itself was disgusting enough, but the final comment by David Catanese was totally asinine! Lisa Rose made the comment of whether the women could be charged with endangering the welfare of a child and Catanese response said something like, “right now it’s a fetus and potentially a child”. POTENTIALLY A CHILD – ask any OB/GYN if the fetus is POTENTIALLY A CHILD. I fail to see how such an incompetent statement could be made. Catanese needs to look at the ultrasound of the unborn child. I don’t know about him, but I feel quite certain that the two of you know for certain that a fetus is not just POTENTIALLY A CHILD. Only an idiot could make such a statement and words don’t express the disgust I feel right now."
Then there's this from Cheri Cappella:
"David Catanese’s response “ that would be something for the courts down the road to decide if something happened to that child, which is now a fetus, but potentially a child. . .” Both my husband and I immediately thought his statement was completely said in poor taste. The whole news piece was focused on the fact that these suspected prostitutes were pregnant, which is completely despicable and endangers the lives of the babies they are carrying. So the intentional “clarification” in his answer was just unnecessary and wrong. There are many people who believe differently than Mr. Catanese and he should keep his opinions to himself when delivering the news in the future."
And this from Kristen Waterman in Lebanon:
"I'm writing to make David Catanese's superiors aware that his liberal comments on air tonight were offensive. I thought that newscasts were supposed to remain neutral on issues, but tonight David was not. Clearly he has no regard for a child's life by his comment about a baby 8 months in the womb being "only a fetus", which he quickly jumped to clarify to Lisa Rose. David has obviously never experienced the wonder of life by having a child of his own, or surely he couldn't feel this way. As a long-time viewer of KY3, I am disappointed and I hope that this type of pro-choice, liberal personal opinion does not continue. If so, it looks as if my family will be switching stations."

I bring this to the blogosphere because I am curious to know what you think about it -- and this is where I can get feedback for the future. So watch it, and then tell me your take.

Posted by David Catanese at 5:34 PM

If I am hearing this right, I think I understand what you were trying to say by clarifying to Lisa that the babies hadn't been born yet by saying fetus instead of child which makes it seem as if the babies had already been born. Is that right?
I, for one, am tired of people making such big deals over nothing, especially before getting all the facts and info they need to make a fair judgment. Those people have already charged, tried and jailed you over a slip in words and they didn't even bother to find out what your true intentions or beliefs are beforehand.
Eh....let 'em stew.

I'm just glad to see David reporting something other than political news.

His political commentary is usually biased, and if you call him on it, he ignores you. -Typical Journalist.

That said; this time I think he was in a damned if you do/ damned if you don't situation. When you discuss the stages between conception and birth, you travel a road with peril on both sides.

I frequently read this blog and occasionally will defend the candidate of my choice here. This time I find myself in the position of defending a reporter. Dave Catanese is a reporter who reported on a specific story. This story was not on the personhood of the unborn, rather it was a narrowly defined story about a criminal prostitution ring which was broken up.

As a "pro-lifer" myself, David's comment reflected the prevailing ethos of our culture. I may not agree with it and work to reverse this mindset but while the personhood of the unborn is settled in my mind, it may not be settled in the mind of my neighbor.

As a reporter, Dave is not a moral commentator, rhapsodizing on the issues. He's a reporter telling a complex story in 3 minutes. It appears to be that he attempted to play it straight down the middle and for those of you who thought he erred, you try doing live TV sometime.