Wardell Breaks With Pack on Earmarks 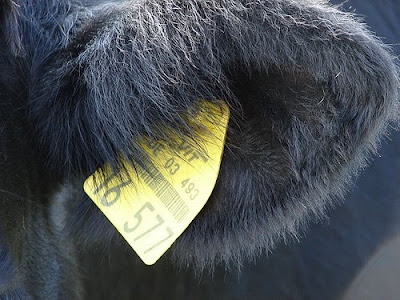 The most recent Republican candidate to enter the 7th District Congressional primary is also the first to openly defend the federal earmarking process.

Michael Wardell said he would not take a pledge to refuse all earmarks if elected to Congress and chastised his GOP rivals for "grandstanding" on the issue.

"The reality is that not all earmarks are pork," Wardell said in a statement. "Contrary to popular belief, earmarks do not increase government spending and my opponents should know better," he added.
Wardell's comments come after Billy Long announced he signed an anti-earmark pledge with the conservative group, FreedomWorks last week. In early October, Sen. Jack Goodman signed a similar pledge with the Citizens Against Government Waste, that urges reform of the system.
Wardell said a "no earmark" pledge went too far.

"I support FreedomWorks and the idea behind the Earmark Pledge, but I believe the language 'no earmarks' is too broad," Wardell said.

Wardell said eliminating earmarks would limit the taxpayers' ability to lobby how the federal government spends money in the 7th District.

"It would also eliminate any money coming back to the district, leaving it all in D.C. Not a rosy proposition," Wardell said.

"We shouldn’t spend $211,509 for olive fruit fly research to be performed not in the USA, but in Paris, France for example; but spending money for Corneal Wound Repair, tissue repair and burn treatments, and improvements to the Route 60 Bridges over the James River is money well spent," he added.

"But based on my opponents’ statements, their core belief is that helping our Vets that have sustained eye injuries from battle and burns from combat are unworthy of help or ensuring the vital link from the Springfield area to Branson is maintained is unnecessary," Wardell went on.

Wardell said the earmarking issue was an example of how some of the top candidates in the primary are "pandering to the conservative base in a knee-jerk fashion."

"It’s easy to be a glib grandstander on hot-button issues when you’re a candidate for Congress. It’s another matter altogether when you’re actually in Congress working within the framework of our constitutional system. Members of Congress have the option to submit an amendment to remove an earmark from a particular bill for a documented up or down vote. So let’s dispense with the hyperbole, let’s get real," he said.

Posted by David Catanese at 6:04 PM