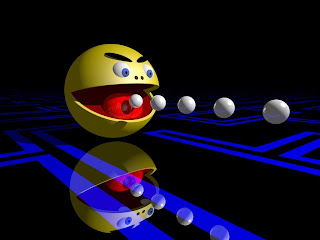 PACMAN
In an attempt to shift the focus on his opponent, Congressman Roy Blunt said Tuesday that likely Democratic nominee for U.S. Senate Robin Carnahan has received around $10,000 from insurance industry lobbyists since February.

But the Carnahan campaign noted that those contributions were from individuals and said that it's candidate had not received any money from political action committees (PACS) tied to insurance companies like Blunt has.

Blunt made his charge during a news conference designed to address a billboard targeting his healthcare position. The billboard noted that Blunt has received more than a half a million dollars in donations from insurance companies.

Blunt campaign spokesman Rich Chrismer said, "If this is an issue in the campaign then Robin Carnahan ought to explain why she has accepted these contributions from insurance industry lobbyists."

"No one should be surprised that a D.C. insider who has taken half a million dollars in contributions from health care special interests and then fought to preserve the system that enriches them would prefer to discuss eight contributions that another campaign has received," Wyche said. "Though he may not like it, he will have to answer to voters for his record."

Fact is, over his political career, 51% of Roy’s money has come from PAC’s.

Quit molding your story to fit your conservative viewers and do some digging and tell the facts.

Insurance companies can’t give money to federal candidates, but they sure can to Political Action Committees.

Roy has his own PAC = ROYB. Rely On Your Beliefs.

THIS YEAR ALONE America's Health Insurance Plans and the AANA have given him over 4,500 together. Corporate interests pour money into his PAC which he dispenses to his desire.

Just how much have these insurance companies given to Roy's PAC ?
If your calculator can display that many numbers...