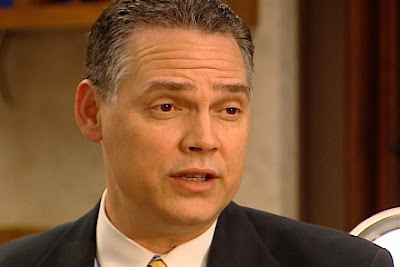 JEFFERSON CITY (AP) -- House Budget Committee Chairman Allen Icet is running for Missouri auditor.
The lawmaker from the St. Louis suburb of Wildwood is the first Republican to declare his intentions to challenge Democratic Auditor Susan Montee in 2010.
Icet first was elected to the House in 2002 and is prohibited by term limits from seeking re-election. He has served as budget committee chairman since 2005.
Icet touted his experience in crafting the budget while announcing his candidacy for auditor.
Montee said earlier this spring that she plans to seek election to a second four-year term as auditor.
Posted by David Catanese at 2:13 PM

Rep. Icet's entry into the race will certainly impact Tom Schweich's decision as to whether or not to run. Does this mean that the former ambassador did not cut a deal with Roy Blunt, or does this mean that Icet wasn't a party to that negotiation?