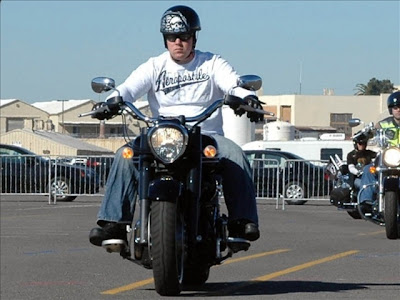 Legislation that would repeal much of Missouri's motorcycle helmet law is on its way to Governor Jay Nixon.

This is legislation that's repeatedly been debated, but hasn't gotten this far since 1999. But even some who believe motorcyclists should have the right to choose, aren't sure that 21 is the right age to begin allowing them to do it.

A spokesman for Governor Nixon has not said whether he will sign the bill into law.
Posted by David Catanese at 1:10 AM