Zone 1 Gets A 3-Way Council Primary 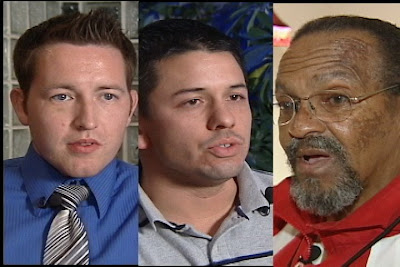 Zone 1 Council candidate Nick Ibarra says city leaders are to blame for much of the financial mismanagement and says while Whayne's service has been respectable, "it's time for him to bow out."

We're having technical problems posting Denny Whayne's interview. It will be posted Thursday as soon as the the kinks are worked out.

Dave,
Do you have a list of all the candidates who were certified for the upcoming election? Is this going to be the only council race with a primary? Are there going to be any council candidates unopposed?

I think we'll have a finalized list by tomorrow. I've heard other candidates have filed but the City Clerk was still going through signatures late Thursday night. Stay tuned, we'll update when we know.