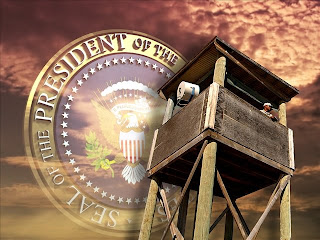 The Senate's overwhelming rejection of bringing Gitmo detainees to U.S. soil was an unequivocal victory for Sen. Kit Bond, who was one of the earliest and most vocal critics to President Obama's plan.
Obama has said he wants to close the facility by early next year -- but has not yet offered a plan detailing where the detainees should go.
Sen. Bond also stressed that a Pentagon report saying that Guantanamo Bay detainees will return to terrorism should encourage the President to reconsider his plan.
"Sending these terrorists back to the battlefield isn’t an option – because we know Guantanamo graduates go back to the fight," said Bond. "This latest evidence should be another nail in the coffin of the White House's premature closing of our detention facility with no plan to deal with the dangerous terrorists housed there."
ANOTHER BLOW TO OBAMA: The FBI Director warned that bringing detainees to the U.S. would pose a number of possible security risks -- including providing financing, radicalizing others and undertaking attacks.
Posted by David Catanese at 5:24 PM

Running the country is not nearly as easy as the previous 43 presidents made it look, eh?

And the pollyana gobbledygook Obama laid on the left to get himself elected was never going to work in reality- a fact that the calculating opportunist Obama likely knew well- back when he was promising them the moon and the stars.

I have yet to see any elected official point out that these detainees have yet to proven to be terrorists. Even under the awful military tribunal/commission system set up under Bush, they were at least nominally presumed innocent until proven guilty.