"The Potential Is Great; The Perils Can Be Avoided" 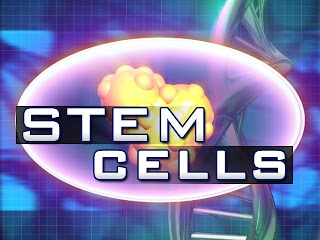 PRESIDENT OBAMA OVERTURNS FEDERAL FUNDING BAN ON EMBRYONIC STEM CELL RESEARCH
"The proper course has become clear. The majority of Americans -- from across the political spectrum, and from all backgrounds and beliefs -- have come to a consensus that we should pursue this research; that the potential it offers is great, and with proper guidelines and strict oversight, the perils can be avoided," said President Obama during his executive order signing Monday.
"Promoting science isn't just about providing resources -- it's also about protecting free and open inquiry. It's about letting scientists like those who are here today do their jobs, free from manipulation or coercion, and listening to what they tell us, even when it's inconvenient -- especially when it's inconvenient," Obama went on.
OBAMA ALSO CALLS CLONING FOR HUMAN REPRODUCTION "DANGEROUS AND PROFOUNDLY WRONG"
***
REACTION:
"The fact that President Obama is willing to once again say to the rest of world that we will be the beacon for cures and hope is encouraging. My religion teaches me to heal the sick and God gave us this intelligence to find cures for the sick. I think it’s a great moment and I’m proud of him for reversing President Bush’s executive order," said Sen. Claire McCaskill.
"The Stem Cell Amendment also means, when treatments are available, Missouri families will have immediate access and won’t be forced to travel elsewhere to care for their loved ones when they are most vulnerable. In other words, Missouri patients may enjoy the same access to medical care that residents of other states do. While the federal announcement is an important, positive step, patients, their families and others who care about the search for cures must remain alert to ongoing threats at the state level," said Donn Rubin, Missouri Coalition for Lifesaving Cures Chairman.
"While we are disappointed with President Obama’s order that will now direct federal money to human cloning research, we are not surprised especially in light of his reversal of the Mexico City policy which will now allow organizations that do abortions and counsel young women to have abortions to receive American taxpayer dollars. Both of these actions by President Obama make it more clear why the constitutional amendment the Missouri Roundtable For Life has proposed is necessary. The Missouri Roundtable For Life’s ‘Taxpayer Protection Amendment’ simply stops Missouri taxpayer dollars from going to abortion services and human cloning research," said Todd Jones, Missouri Roundtable for Life Executive Director.
***
Posted by David Catanese at 9:28 PM