Struckoff: Turnout in Greene County Could Be Highest Ever 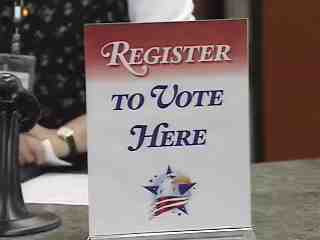 "Maybe 140,000, 150,000 or higher,"
says Greene County Clerk Richard Struckoff
***
DEADLINE TO REGISTER TO VOTE WAS 5 P.M.
Greene County clerk Richard Struckoff predicts this could be the highest volume election the county has ever faced. He’ll have extra poll workers and election deputies at every polling place. Richard Struckhoff says voter turnout may be the highest its ever been in Greene County.
The county has 190,000 registered voters. Struckhoff says the county had 68-percent voter turnout in the last presidential election. More than 126,000 people voted. This year Struckhoff expects that number will jump.
"Maybe 140,000 150,000 or higher," he said.
And it's not just the number of registered voters that's up but also the poll workers.
"In a typical election we have 320 election judges but now we have 544, so that's almost double that amount," Struckhoff said.
Read more of KY3's Kristen Nelson report HERE.
Posted by David Catanese at 4:48 PM